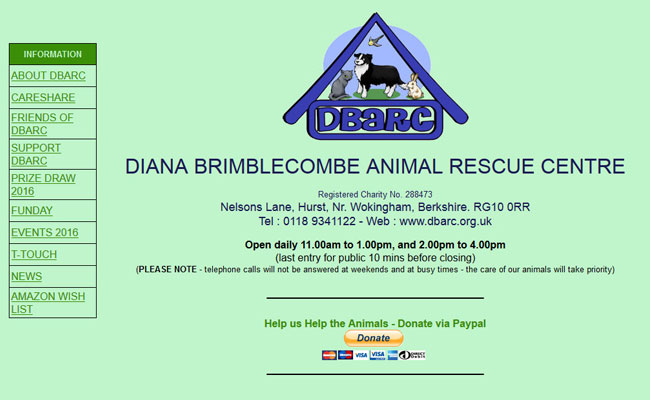 Diana Brimblecombe Animal Rescue Centre, Wokingham – The Diana Brimblecombe Animal Rescue Centre in Wokingham was founded over 50 years ago, originally based in the home of Mrs Brimblecombe, who was awarded the MBE for services to Animal Rescue in 2001. The Charity has helped thousands of unwanted, stray and neglected animals over the years. The charity is now based at an independent, purpose-built and properly equipped 14 acre Rescue Centre in Hurst with specially adapted accommodation, all the animals taken in can receive the best of care. The charity relies on donations to keep afloat and, equally important, on animal lovers prepared to offer new homes for our pets.

Add your rescue group to the directory

We are happy to provide free listings for recognised charities and voluntary organisations involved in pet rescue.